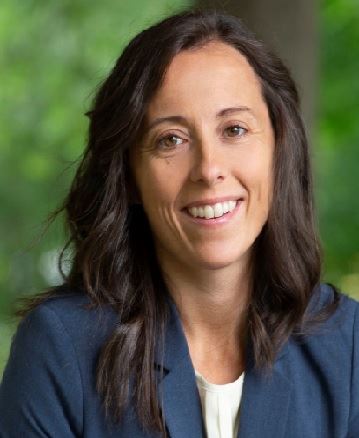 Cunneen possesses over 14 years of operational and personnel development experience in several industries and over a decade of management experience. Before joining RIOC in 2017, Cunneen served at the University of Massachusetts (UMASS) as the Associate Director of Athletic Facilities & Operations. While at UMASS, she was responsible for leading, developing, and managing the facility's master planning initiatives.

When Cunneen first started her tenure at RIOC, she began as the Director of Parks and Recreation in May 2017. Subsequently, she was promoted to Director of Organizational Efficiency and Special Projects in March 2020. Then in June 2021, Cunneen was elevated to serve as the Corporation's Internal Control Officer (ICO). In her most recent role as the ICO, Cunneen's responsibilities included the creation, implementation, maintenance, and monitoring of RIOC's comprehensive program of internal control.

Cunneen holds a Bachelor's and Master of Business Administration degrees from St. John's University. She is also a Certified Project Management Professional and holds a certificate in Change Management.