The Southpoint Park Project is scheduled to commence groundbreaking on Thursday, July 23, 2020

The preservation of Roosevelt Island’s southernmost 14 acres as parkland was first proposed in the General Development Plan (GDP), which charted the development of the Island as a residential community. Historically, the Southpoint Park site was used for disposal of construction and demolition debris resulting from the demolition of the former City Hospital. On-site soils contain heavy metals typical for urban fill. The project area, along both waterfronts, is fenced and has been off-limits to the public to prevent contact with the soils.

After three decades, the Roosevelt Island Operating Corporation (RIOC) invited The Trust for Public Land (TPL) to launch park creation efforts with extensive community outreach in 2005. In response, TPL produced a widely supported Master Plan for a portion of the site, 7.25 acres, which was developed and completed in 2011. 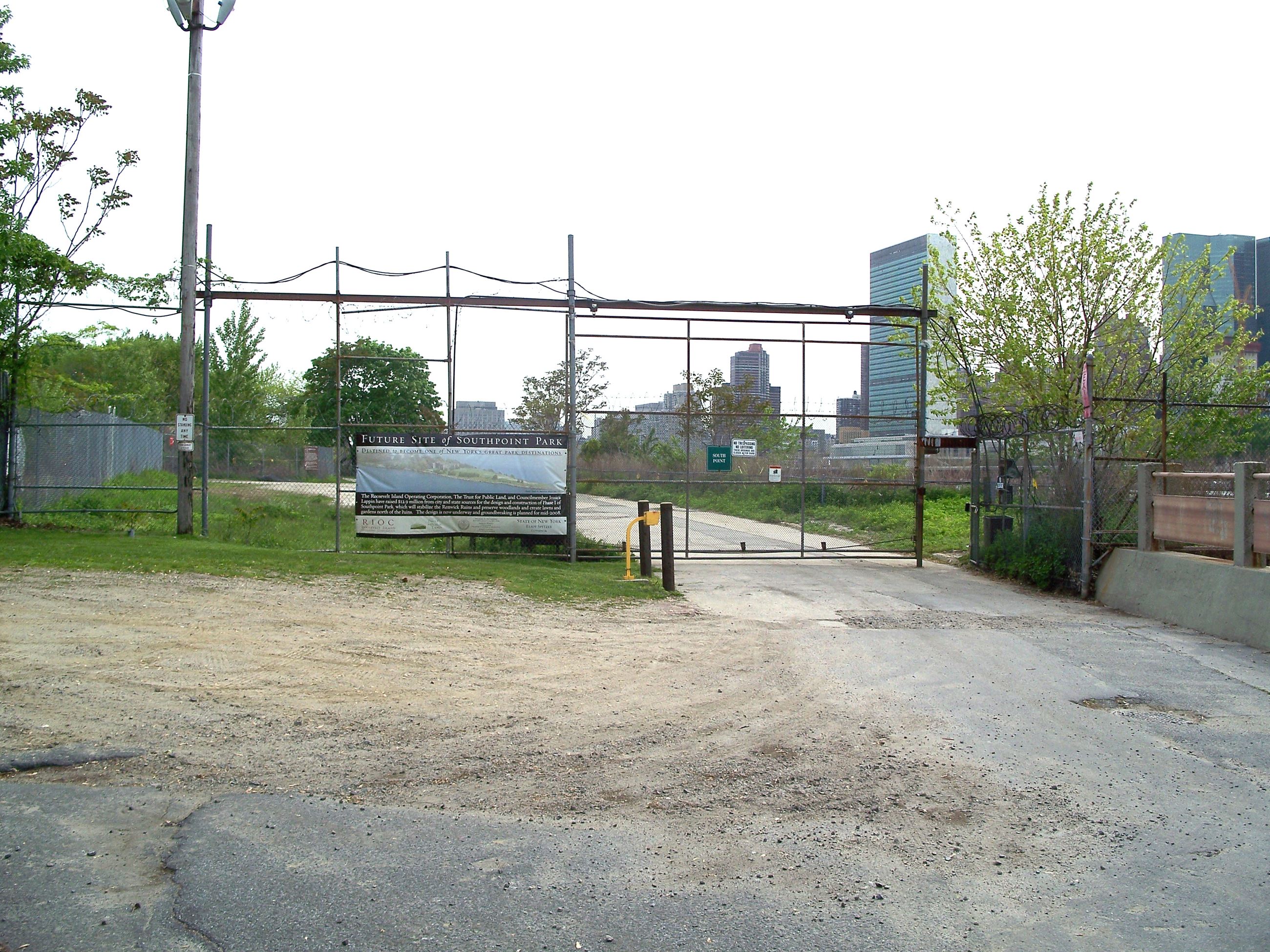 In 2008, RIOC contracted AECOM (Architecture, Engineering, Construction, Operations and Management Firm) to survey the site. AECOM prepared a Phase 1 and Phase 2 Report for the park. Additional sampling was later performed in 2013 by Langan Engineering & Environment Firm for preparation of the Soil Management Plan associated with the waterfront improvements. The approved Soil Management Plan, in compliance with the New York State Department of Environmental Conservation (NYSDEC) standards, outlines the removal of the excess construction debris and the addition of 2-feet of clean fill to provide a physical barrier between the remainder of construction debris to the public.

In April 2017, the Community Plan for Southpoint Park Open Space was prepared for RIOC by Fitzgerald & Halliday, Inc. With the help and feedback from community input, the primary goal of the Stakeholders Plan was to provide a long-range planning and implementation document to guide RIOC on the future development of Southpoint Park Open Space and the Renwick Ruins. The approved plan highlighted accessibility, usability, natural environment features that encouraged wildlife, and access to the shoreline.

In 2018, plans moved forward with the Roosevelt Island Southpoint Park project, prioritizing the necessity to repair the erosion of the east and west seawalls that was critical to ensure the health and safety of the public while visiting Southpoint Park. The proposed plan was reviewed and approved by several federal, state, and local agencies charged with protecting the environment, including the U.S. Army Corps of Engineers (USACE), the U.S. Department of the Interior (DOI)– Fish and Wildlife Services, the National Marine Fisheries Services (NOAA), and the New York State Department of Environmental Conservation (NYSDEC) and the New York City Small Business Service (SBS). The RIOC Board of Directors unanimously approved the plan earlier this year.