To provide a safe and secure environment for the residents, employees, business owners, community, and visitors of Roosevelt Island. To protect the property and interests of RIOC and the quality life of Roosevelt Island Residents. 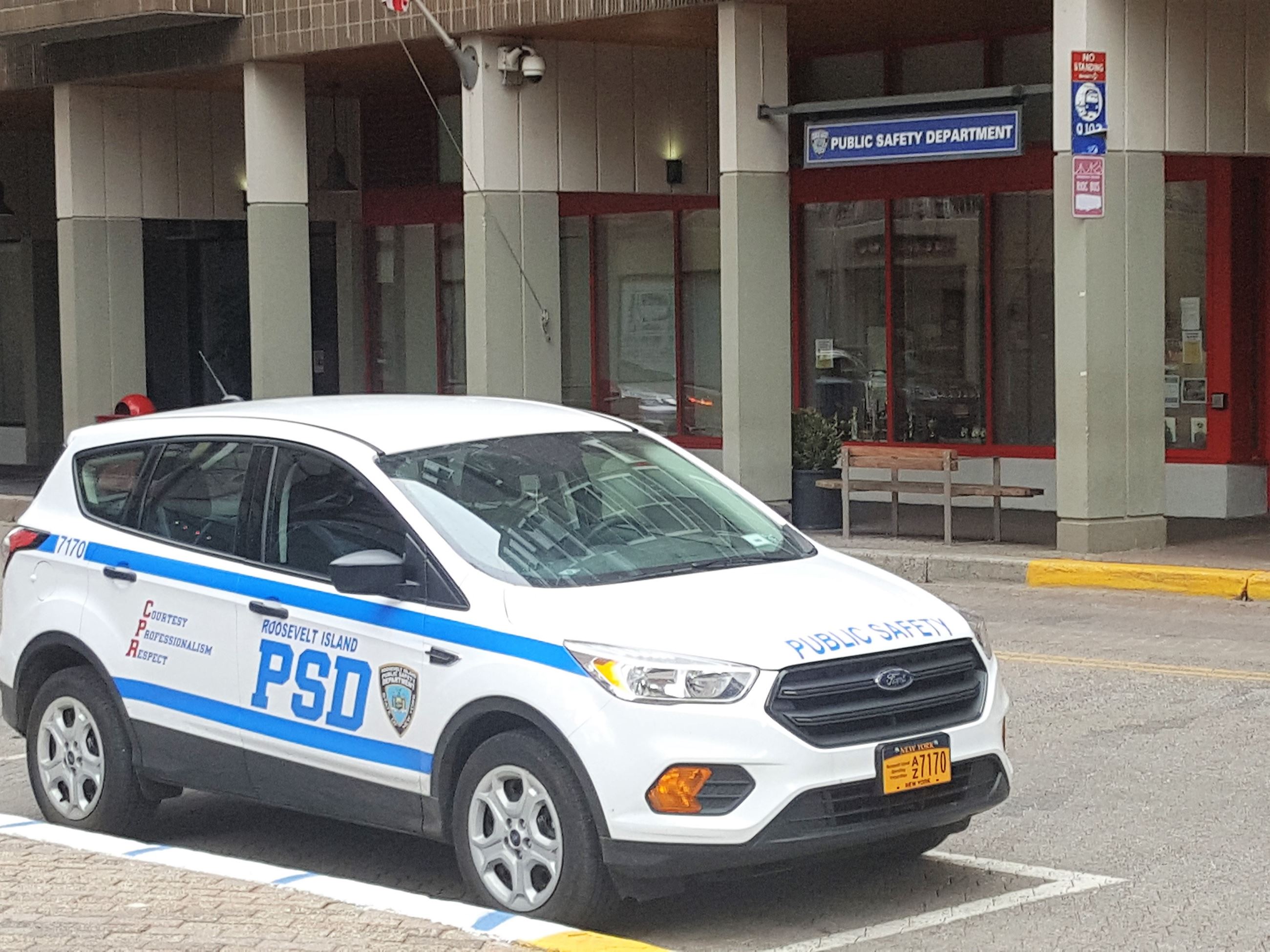 What is Public Safety?

The uniformed members of the Public Safety Department (PSD) are special patrolmen and women designated by the Police Commissioner of the City of New York, and authorized by Section 2.20 of the Criminal Procedure Law to act as peace officers. The PSD is a division of the Roosevelt Island Operating Corporation (RIOC), the State public benefit agency that runs certain services for the island and plans for its future development.

PSD officers are the front-line problem solvers for the Roosevelt Island community. Working closely with the City Police Department’s 114th Precinct, with the Fire Department and their Medical Services (EMS) - all based in Queens - the Public Safety Department provides a 24-hour-a-day, seven-day-a-week presence on the island.

PSD assists in enforcing all State and City laws, including traffic regulations and those sections of the Penal Law, Criminal Procedure Law, and Vehicle and Traffic Laws as they pertain to Roosevelt Island. Officers are trained to know these laws and regulations, the laws of arrest and the Constitutional rights of the individual. PSD officers have undergone extensive training for sensitivity to bias crimes and crimes involving sexual assault and harassment.

Please be advised that crimes motivated by prejudice, including race, gender, religion, sexual orientation, ethnicity, and disability, will not be tolerated on Roosevelt Island and violators will be prosecuted to the fullest extent of the law.

In addition to protecting individuals on Roosevelt Island, the Public Safety Department is charged with protecting the Island’s property, including all public facilities, storefronts, and certain contracted residential buildings. PSD works to maintain the quality of life on Roosevelt Island by enforcing Island rules and regulations, and by working closely with community groups committed to seeing that the island remains safe and pleasant for all.

While the Public Safety Department’s scope of work is defined by laws that govern communities throughout the City and State, our services to Roosevelt Island residents often go beyond the activities of a typical Police Officer. The department’s philosophy resembles that of the old-fashioned cop on a beat. While upholding the law, each officer is encouraged to understand and appreciate the Roosevelt Island community and its individual residents.